Could ‘stay at home dad’ be your new role? 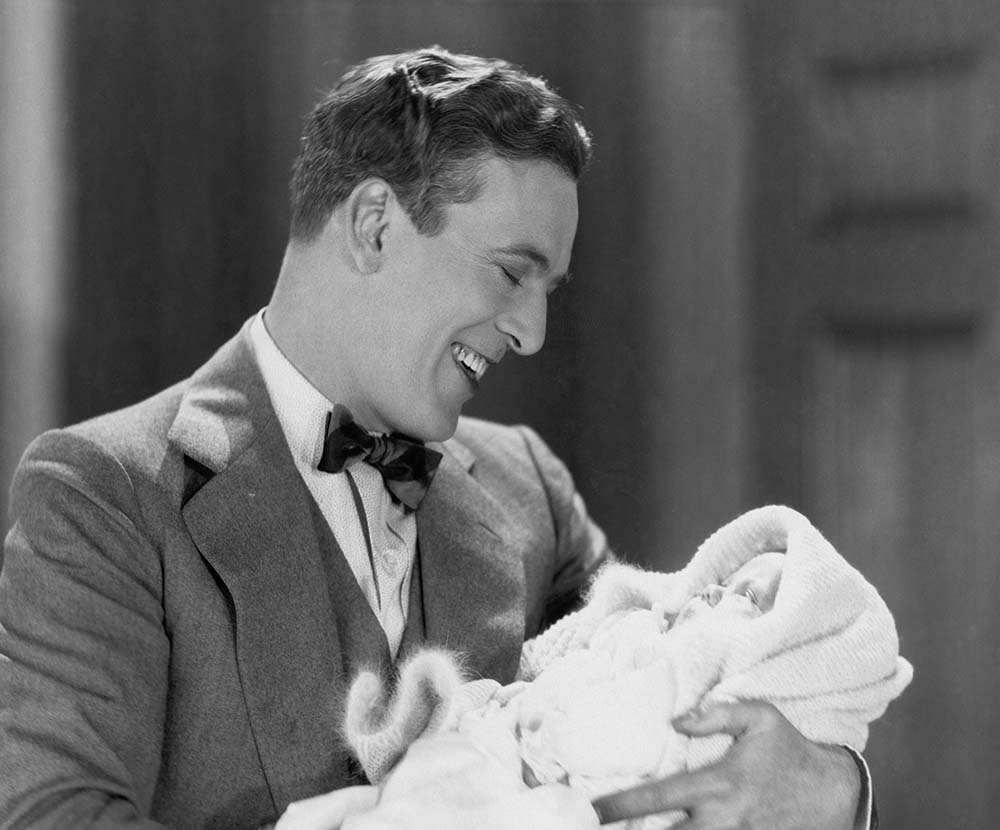 We live in a funny age when it comes to family. I have spoken to many parents who believe that gender equality in families is a given these days and that we are all forward-thinking when it comes to sharing the parenting of our children. Yet, very few have considered the possibility of becoming a stay-at-home-dad because, well, because men have to earn the money and women have the boobs.

It is important to acknowledge that every family is different and facing diverse circumstances, where stay-at-home-dadding cannot work. But there are also many families where it might. It’s just that we don’t talk about this as something we really could do.

I had never thought about staying at home when my first was born. I was going to work and my wife was going to rear the child. No patriarchal dominance in sight; that’s just how things work, right?

These hairy man-nipples can’t breastfeed, so I needed to keep the roof overhead and the cupboard stocked with jaffa cakes. It was only when I had a bit of a career meltdown that the potential for our family shifted.

Stay-at-home-dads are not a new phenomenon, but we are a more visible one than previous generations due, I think, to left-wing and social media promoting us as the new postmodern men. It seems that people believe there are quite a lot of us SAHDs (not a great acronym, I know) in our enlightened 21st Century, although the actual numbers sit at only 4-5% of two-parent families, according to the Australian Institute of Family Studies. A little over 80,000 of us in this country.

And whilst that might seem like a heckuva lot of apron-wearing dudes, many of these number may not count themselves as house husbands, but as unemployed or students at the moment and looking after the kids until work comes along. When it comes to home-dads with very young children, the numbers plummet.

I took over the ‘primary carer’ role when my elder son was 15 months old. He was off the boob, already running and trying to injure himself at every opportunity. How hard could this be? All I’ve got to do is hang out with him and play games all day. Awesome!

Now, I wasn’t wrong, but I wasn’t right either. Getting to hang out with my boy was brilliant and we had so much fun at the park, at the pool and trying to teach him how to handle an original NES controller. Everything a dad could dream of! Then there was all of the other stuff that comes with the territory. Household chores, poo, cooking, spew, doctors and MACH nurse appointments, more poo, teaching him letters and numbers, the terrible twos, even more poo…

It’s a challenge for sure, but it is one that any man can take on. It’s no different to starting a new job and having to learn what to do. But this job isn’t paid and that might be where blokes struggle. Men are brought up with the subconscious pressure of attaining a job and having that, and your salary, as a badge of identity. I was a Cinematographer in my old life – people always “ooh”-ed when I explained my work and went slack-jawed when they discovered my daily rate, and I fed off the interest and envy. My job defined me, and I was proud of it.

Being a stay-at-home father gets the same responses, obviously without the money factor involved, and I have found a new way to identify myself. What’s more powerful is that my job literally changes lives; I am raising two little boys to become the most amazing men this world has seen. Men who know that they can do everything from work to family because they have seen me do it. My job defines me and I am proud of it.

I have been there to see first steps, first words, first everything.
When my boys get hurt or scared they come running for me to cuddle them. All those small, special connections that mums have with kids, us dads can have too. And don’t be phased by the whole breast-feeding issue because with some creative flexibility that can be surmounted as well. I became full-time parent for my second son when he was only 4 months old and still nipple-hungry, so we juggled between bottle-feeding and having to do mad dashes to Phenom-A-Mum’s (my wife’s superhero name) work for a breast top-up.

Just like any job, being a stay-at-home-dad has its crappy days but the highs are higher than any I ever experienced in normal work life. And a huge bonus – no boss.

Except, you know, THE boss but she’s pretty fair when I’ve whipped up a 6-hour pulled pork and horse-radish slaw burger for dinner!

Could you be one too?

David Hawkins is a Peninsula based stay-at-home-dad who realised that he needed to improve his Dadding. So he set himself the simple task of being an Awesome Dad.

He now challenges all dads to be awesome dads, by doing something out-of-the-ordinary with their kids.