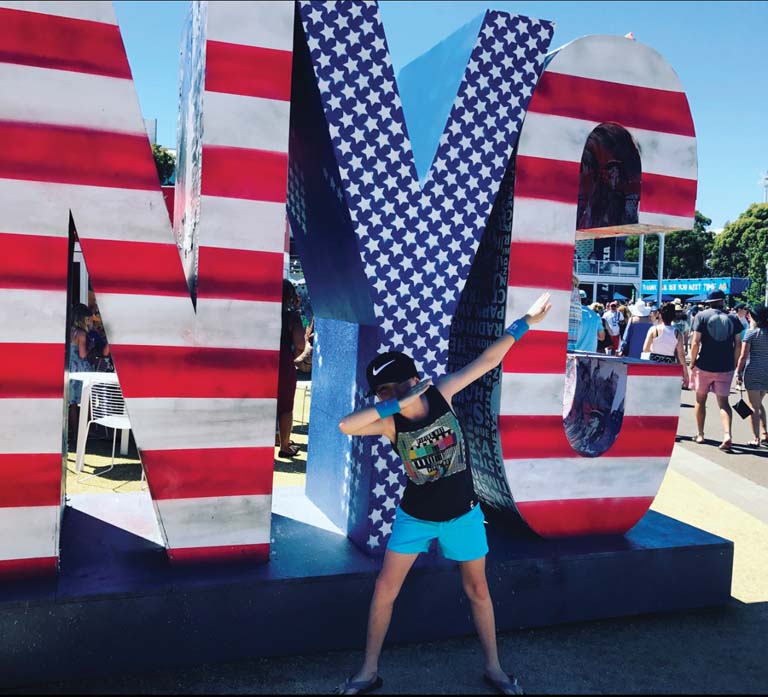 I was talking to a 20 year old colleague the other day when she broke mid-sentence, dropped her head into the bend of one elbow and stretched her other arm into the air. After asking her if she could smell burnt toast and other signs of a stroke, she mocked me thoroughly and told me that she had just “dropped the Dab”. What the Fonz?

Luckily my two boys are far too young to have any idea about what is currently cool. I am proud to say that their idea of awesome is anything that I’ve taught them and I’m pretty sure that they are going to be horrifically vilified when they begin school and start talking to other kids about The Goonies or singing all the words to Warren G’s Regulate. Thanks to this, I managed to miss the whole ‘Dab’ frenzy and have only gleaned it during its dying phase.

Have your kids been coming home and ‘dab-ing’ over any little victory? I gotta admit that it’s a fairly ergonomic move and I can see why it caught on so strong for so long. My wife tried to introduce to me the ‘Whip’ and the ‘Nae Nae’ when it was viral-ing all over Facebook but those moves took a working hip, a missing rib and some inverted vertebrae to pull off. Even doing the JuJu On the Beat gave me a stitch. But this Dab, well, it’s a fad that I am going to bring back.

Kids say they like dinner? Dab it! Shoot and score the full-diaper into the bin in the opposite room? Dab it! Manage 30 seconds Mummy and Daddy snuggle time before kids jump on bed? Dab it! Catch toddler as he tumbles off the change table? Dab it… Then pick screaming child up off the ground when I realize that I dropped him again, but the move was worth it!

There are many parents out there who fit into the old fogey cliché, crabbing about every new craze and crocheting on “kids these days” – and these folk are still in their thirties. I am making it my mission to be on top of, side-saddling, or at least being dragged behind all of the cool happenings that take my children by storm.

It’s not because I want to be young again. It’s not even because I want to support my kids. It’s purely because I’ve worked out that the quickest way to kill something that is cool is to have your old man copy it in front of your friends! I am going to be the most embarrassing Dad on campus.

David Hawkins is a Peninsula based stay-at-home-dad who realised that he needed to improve his Dadding. So he set himself the simple task of being an Awesome Dad. He now challenges all dads to be awesome dads, by doing something out-of-the-ordinary with their kids.

*A big thanks for our Peninsula Kids followers that sent in these fabulous photos!