Deadly 60 – an interview with Steve Backshall 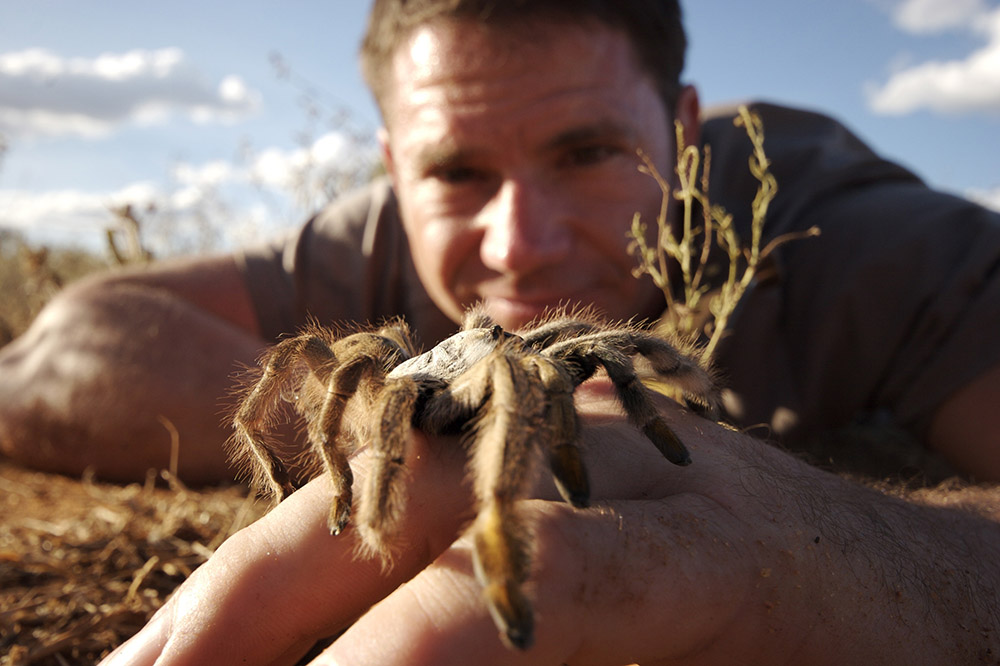 The wildlife expert and intrepid explorer has captivated audiences all over the world with his incredible antics, which not only impress but also educate children and grown-ups to respect all creatures great and small.

Since its first airing in 2009, the Deadly 60 TV series has seen Backshall swim with sharks in the crystal-clear waters off the coast of Mexico and come face-to-face with some of the most venomous snakes on the planet.  He’s been bitten by a caiman in the swamps of Argentina, been stung countless times by insects and experienced the ‘most painful bite’ of the bullet ant.

He’s travelled from the Arctic to the Antarctic, reached the world’s highest peaks and explored the depths of the rainforests to the bottom of the ocean. Backshall’s Deadly 60 TV shows entertain wildlife enthusiasts, would-be explorers and global travellers of all ages.

In other exciting news, the Deadly 60 TV Star has announced he will feature some of Australia’s deadliest animals, live on stage in his new tour!

To celebrate Steve Backshall’s new Deadly 60 Live Down Under Tour, we interviewed the TV star ahead of his travels to Australia.

Would you like to know which animal Steve Backshall would like to bring back from extinction?  Which animal he is most frightened of?  Or maybe you’d like to hear more about his exciting interactive new show arriving in Melbourne at the end of January.  Read on:

We’re exhausted just thinking about your epic tour of Australia. How will you prevent a burnout touring the length and breadth of the country, and maintain your enthusiasm performing back-to-back shows?

I have already started composing a show that has many unpredictable elements to it.  Lots of stunts, lots of ways to recreate how animals work and lots of audience participation.  What happens on stage will be different for every single show.

So you will bring live animals on stage in your 2018 tour.  We’re intrigued. How will this work?  Are you going to find animals when you first arrive and take them on tour with you?

We will find different animals in different places.  We are going to be working with reputable institutions close to the areas that we’re in.  We’re sticking to reptiles and invertebrates so there’s no chance of the animals getting stressed out on stage because that’s really important. I’m hoping to get some amazing mini cameras that see things that are quite small and make them appear very big on the huge screen behind us. The idea is to get a member of the audience up on stage to do the filming and to show the animal that we’re looking at.

I grew up on a small farm and I was surrounded by animals from a very young age. I can remember going through a manure heap, basically where you put all the poo and the straw, and finding a whole bunch of eggs from a snake that we have in the UK. It seemed like the most exotic and exciting thing I’d found in my life.  And then finding the snake itself later on, and feeling an absolute thrill of thinking I was the only person in the world who’d ever seen anything quite like it.

What age was that?

And at what point did you know your passion for wildlife would become your career?

I always hoped that it would. From a very young age my parents said that that’s where I was going.  The first time I knew for sure was when I went on a safari in Africa, around the age of 8 or 9. I saw the local guides and thought “I want to do what they do”. I thought they were the most knowledgeable people in the entire world and I wanted to have that kind of knowledge. That was when I knew.

You’ve been around the world, many times over.  Where would you say is the most dangerous or scary place in the world, in your experience?

Dangerous places are always related to people not animals, so a place where there is social unrest or where there is a high degree of violent crime can be quite frightening.  We’ve done a lot of work in Mexico, Venezuela and Columbia. In places like that, you always need to be aware and always careful. This is another reason why we like filming in Australia because it’s a place where we’re always welcomed and we always feel safe.

It doesn’t look like you’re afraid of any living thing, but there must be one creature or one animal that you are a little bit tentative about. What might that be?

Hippos are the most treacherous animals to work with because they are so unpredictable. Working with crocodiles, snakes, sharks and spiders, you always have a good idea of what they will do next, but with hippos you don’t and that’s the bit that makes them frightening.

If you could bring back one extinct animal from the past to appear on your Deadly 60 TV series, what would it be?

I would go for the Thylacine (Tasmanian Tiger). A marsupial wolf that could open its jaws so wide it almost made one continuous bite line.  That would be my number one.

What animal best describes you?

I would say a honey badger because I have crazy amounts of energy, I never stop running around and when I get my teeth stuck into a project I will just tear it to pieces to get it doing what I want!

What advice would you give to someone with a genuine fear of animals, for example snakes, spiders or rats. How would they overcome those fears?

If you’re serious about overcoming a fear of an animal, it is relatively easy if you go through aversion therapy. I used to do small scale aversion therapy for people who were particularly frightened of spiders. By running through some simple steps, I can get someone who suffers from arachnophobia to hold a tarantula or a house spider in their hand in about an hour. If you are really frightened of one kind of animal and you would like to get over it, there are simple physiological tricks to go through that will sort out just about everyone.

What else have you got planned for the Deadly 60 TV series in the future?

Right now, I’m making a reality series about dinosaurs which has loads of stunts in it and it’s one of the most exciting Deadly 60 series I’ve ever worked on. It’s been so much fun. We’ve got CGI in there and an awful lot of big experiments. We have built-life size recreations of dinosaur parts such as dinosaur feet, dinosaur tails & dinosaur teeth and we’ve used them to destroy cars, television sets & fridges and smash down walls to show how strong and powerful dinosaurs were. This series will be coming to the ABC early next year, around about February or March.

Erica hails from the United Kingdom, and has been living in Australia for 12 years.  She has two sons 3 & 8 years. She writes, edits and runs the social media pages for KidTown Melbourne, a website showcasing all the fun things to do with kids in Melbourne.