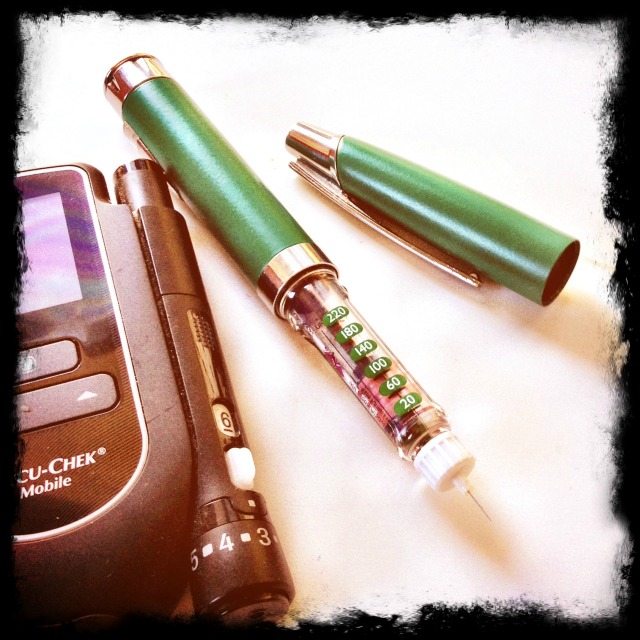 I used to think that it was a blessing to be diagnosed with diabetes at the early age of nine. I adjusted quickly, and can barely remember life before Diabetes. The problem was though, at that age, long term complications are a difficult concept to grasp. As I moved into my teenage years, I wanted to ‘fit in’. I wanted to eat the same food as everyone else. I didn’t want to be the ‘sick’ kid who needed injections to live. I couldn’t be bothered doing blood tests, and would often lie to my parents about my sugar levels, as I would have secretly eaten chocolate or lollies, or skipped an insulin injection, sending my readings sky high.

I wish I could say that as I got older, I matured, and started taking better care of my diabetes, but unfortunately, that wasn’t the case. I started smoking, and in my later teens, drinking. Doctor would still try and tell me about the risk of long term complications, but I chose to live, somewhat, in a state of denial. Once I moved out of home, I essentially stopped testing my sugars altogether. With no one to ride me about it, I basically lived like I wasn’t a diabetic. I would still have my insulin injections, but often at the wrong times, just when I could squeeze them in around whatever else I was doing. I ate what I wanted. By the time I was in my 20’s, my life was in such a spiral of dysfunction, having diabetes seemed like the least of my problems.

The problem with diabetes is, if you ignore it, it won’t go away. It will kill you. Slowly. Those long term complications that the Doctor kept banging on about include blindness, gangrene, organ failure.

When I found out I was pregnant in 2010, suddenly diabetes wasn’t just something in the background of my life. It became impossible to ignore once I realised the risk it posed to my unborn baby. Sadly, in a way, it took being responsible for another person’s body, for me to start looking after my own. Blood testing became a priority; I would check my sugar levels nearly every hour. I was having up to seven insulin injections a day. I went back to counting carbs again, watching every single thing I ate.

At around five months pregnant, I was diagnosed as having developed diabetic retinopathy, an eye condition that lead to abnormal blood vessels growing in my eyes, then haemorrhaging. I could have gone blind. If I have another pregnancy, there is a very high risk I will go blind. My vision is so affected that I can no longer drive. Diabetic retinopathy is a risk for all pregnant diabetic women. Was I more at risk because I didn’t look after my diabetes properly before pregnancy? Maybe. Maybe not. It’s impossible to predict, but I assure you, I wish it was something I didn’t have to even consider.

My beautiful daughter was born safely, albeit, two months early. She is a blessing, and I am so lucky to have her. My body owed me nothing, after the way I had treated it for so many years.

Twenty four years after diagnosis, and I still have a complicated relationship with diabetes. I lapsed a lot after Milla was born. Once I stopped expressing, I became less vigilant with blood tests again. I stopped seeing my endocrinologist (diabetes specialist). I blame my diabetes for not being able to drive, for not being able to safely attempt another pregnancy. I’m angry. It’s not fair. I feel all those emotions that I wasn’t capable of when I was diagnosed at nine-years- old.  The trouble is now, ‘long term complications’ are not some far away abstract concepts. They are on my door step.

I am a mother and a wife, and I owe it to my family to take this disease seriously. I can’t change what I’ve done in the past, the damage that may already be done. I can change what I do from this moment on though. It’s time to start valuing my life as much as I value the lives of my loved ones.

Jane Flynn – I’m Jane, and I’m finding my way from dysfunction, to becoming a domestic goddess . . . or at least a wife, mother and woman I can be proud of.
I am a stay at home mum to an adorable and high spirited little lady living on the Spectrum. You can read more of my stories at www.almostjane.com.au or follow my daily journey at www.facebook.com/almostjane