Why didn’t I just say Yes? 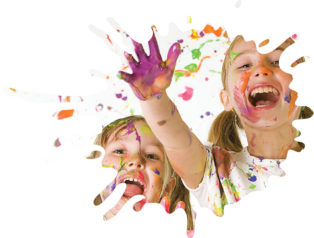 Sometimes we get into a routine of saying ‘No’ to our children,  not out of being a bad parent but just because we condition ourselves into having this response.

I say no because it’s convenient for me. Surely he can play without tipping them all out, and I guarantee I’ll be the one putting them all back into the tub later. D1 looks sad.

Why didn’t I just say yes? A tipped out tub of trains wouldn’t be that messy. He probably just wanted to see which ones he had, and he would probably have helped me pick them up.

I say no because it’s more convenient for me. I don’t want to stand in the rain. I’ll have to wash wellies and dry the coats, and even iron fresh clothes. D1 looks sad.

Why didn’t I just say yes? Puddle jumping is fun. Dirt washes away. We have plenty of fresh clothes to put on. Fresh air is good for them and gets rid of their excess energy.

I say no because I’ve cleaned the house and want it to stay tidy. Playdoh is so messy. Plus they’ve just had a bath and don’t need playdoh stuck in their fingernails. D2 cries.

Why didn’t I just say yes? Who cares if I have to sweep again? Will it hurt me?! No! Who cares if they need rebathing? They love the water anyway. They love creating playdoh models. Why don’t I use the time to interact with them?

It’s so easy to say ‘no’ without thinking things through. Children are not an inconvenience.

All the above are actually real examples, but I learnt a long time ago to say yes whenever I can. Life is too short to be anything less than fun. An untidy house doesn’t matter, but your children do. A simple yes will make their day. Try it out!

Sand can be swept up. Chalk can be washed away. Toys can dry out. Cars can be put the right way up. But children’s memories cannot be faked; they’re either good or not good.

Last week I filled our garden path with shaving foam and hid lots of dinosaurs in the ‘snow’. It was messy from the start. It got even messier when they figured out that clapping your hands in the foam created a mini blizzard! I could easily have not bothered, or said no to the clapping but they had so much fun! They even spoke about it the next day! And the worst that happened? We all had to get changed.

Does your babba want three bedtime stories? Why not! Who’s counting anyway? One day they’ll be too big to have a bedtime story so don’t ever refuse them now.

Obviously this post is about saying yes more often in regards to fun and play; it’s not about saying yes to everything else. Children need healthy boundaries, but they also need a safe environment to be children. Let your babbas be free to play.

Try having a day of ‘yes’: let them have fun, messy fun. You’ll enjoy it too and feel much more relaxed!

Becci Nicholls is a married, thirty two year-old momma to two beautiful little rascals. Becci lives in the UK and writes about her life in a candid way, exploring the highs and lows of raising her little rascals. She is also very passionate about raising awareness around mental health and shares her own experiences. Children with additional needs are also dear to her heart.

You can visit her at www.swordsandsnoodles.co.uk