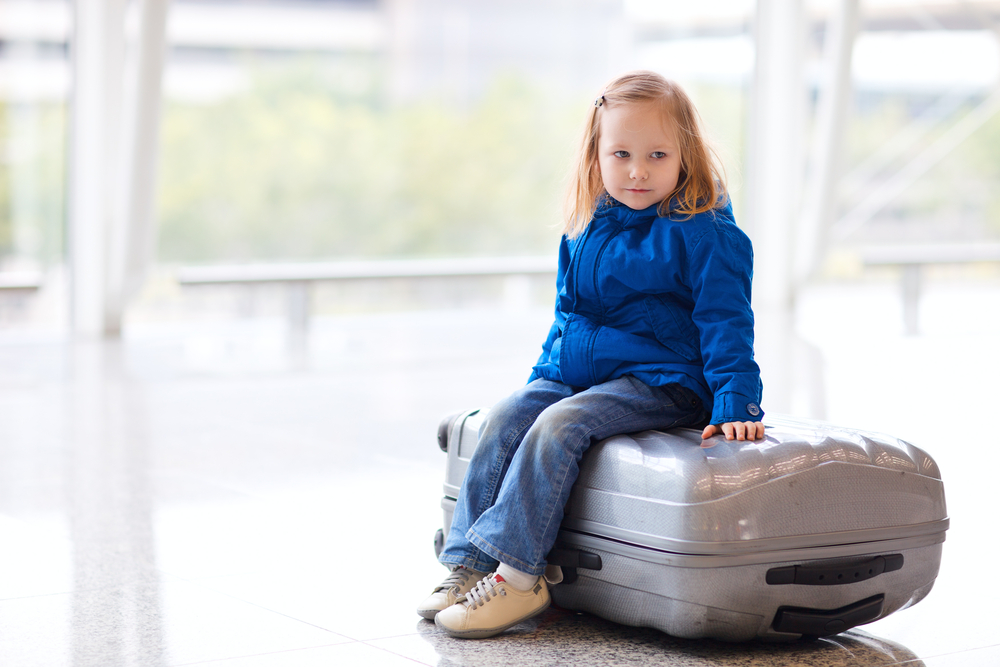 We may still be trying to get into “back to school” mode, but what better time to think about upcoming holidays. As soon as one holiday finishes we get to planning the next, and to be honest, we barely give the kids a look in.

We thumb through tattered old city guides, we trawl the internet for all sorts of secret tips and wonderful hidden treasures that are off the beaten track, and we ask locals for tips! We try and fill our days with memories of exploring together, which we will all treasure.

It’s so easy to throw yourselves into the whole “all-inclusive family package, with all meals, drinks, entertainment and full use of the kid’s club” but what a let-down.

Having said that, the children made use of a kid’s club in Thailand last year. We stayed at Surin Beach which was spectacular, but once the kids realised there were computer games and full-time hair braiders at their beck and call that was the end of the exploring. Or so they thought. Kids clubs serve a purpose, and I know many parents who work hard all year look forward to lying by the pool without being splashed and begged to buy umpteen Mocktails from the swim up bar. However, I can’t help but feel depressed about a “holiday” being spent in childcare. Yes, the children loved having someone else to interact with (complete attention of two Thai ladies as we were out of season), and they loved the poolside art and craft, but that’s just not what holidays are about for us.

On a recent trip to Adelaide, we ended up in the front room of a small winery, chatting to the wine producer about his wares. It was fascinating, (and delicious) and the children loved the theatre of swishing the wine around the glass and giving it a good sniff!! As we sat there in the original “Bank of Adelaide” around the family dinner table, I could see the children’s eyes dancing around the room. The bottles of wine were stored in the old bank safe, the door as thick as can be. The children were enthralled by stories of “olden days” with wool money being piled high in the little impenetrable room.

When we road tripped in New South Wales we stayed in Coffs Harbour.  We had an insane idea to wake extra early and head for the harbour to see the fishing boats come in. We were treated to fresh prawns straight from the boat, deliciously sweet, like nothing I have ever eaten! The children gobbled their prawns and then were handed scraps to feed to the local pelicans. It was amazing!!

The children love getting up in the “middle of the night”, which we tend to make a habit of at least once on holiday. In Byron Bay we woke to see the sun rise at Cape Byron Light House. The walk was steep, the car was parked miles away, the children were sighing and grunting and moaning… As the sun began to rise, their eyes lit up; they realised what their crazy parents had dragged them up to the top of the hill for. It was magnificent. And as if the sunrise wasn’t enough, the whales came out to play too. We sat for hours watching them majestically rise out of the water and crash back down again! The children still talk about it now!

Travelling to Cambodia was no exception to the rule. The hotel in Siem Reap was heavenly, but there was so much we wanted to see and do that we saved the splashing for the evenings. We left the comfort of the hotel air conditioning and the loungers around the pool and headed off into deepest, darkest, Cambodia. We drove hell-for-leather in a tuk tuk with a man named Mr Snar. We bumbled along for hours on dusty tracks, through villages where mothers were nursing babies in hammocks, and children were stirring huge pots bubbling away over the fire. We flew past rice paddies, stopped to buy fresh mango from a lady on the side of the road, and had coffee with Mr Snar’s friends amongst the most magnificent temples. The children were hot, sweaty and tired, but as we drove further and further they began to see the magic we were seeing. They waved at passing children and spoke about living like them in a house made from trees. They asked Mr Snar about his childhood, and where he lived; they wanted to know every little detail. A spark was alight, and that’s why we holiday like we do.

We don’t get long on this beautiful planet, and we get even less time to explore it with our children. You don’t have to go far to have an adventure; there are so many beautiful and exciting things here on our doorstep. Throw away the holiday brochure, look further than the “tourist trail”, and avoid anything that says, “Kid Friendly” …. The world was made for everyone to explore, regardless of age!

Olivia is a thirty something British mum of two, living in Melbourne. Having grown up with a father in the army and being moved all over the world, she is a lifelong ‘expat’, and thoroughly enjoys the adventures that come with a fairly nomadic life overseas.