Dummies not to blame for common speech disorders in kids 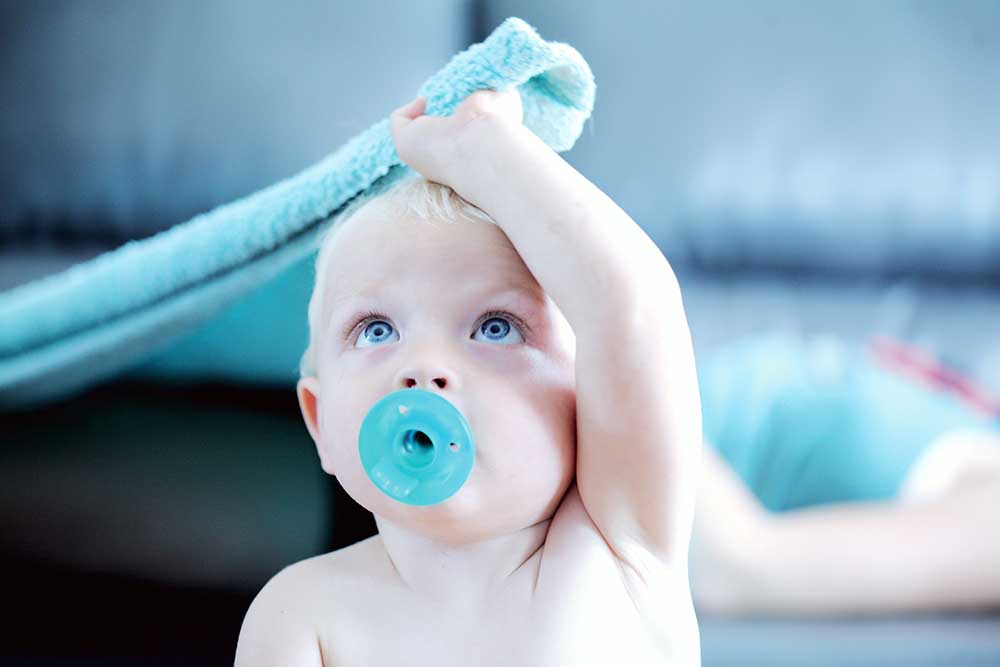 By University of Sydney

A new University of Sydney research shows bottles, dummies, and thumb sucking in the early years of life do not cause or worsen phonological impairment, the most common type of speech disorder in children.

The study, published in Folia Phoniatrica et Logopaedica, examined the sucking behaviours of 199 Australian pre-schoolers to determine if a child’s history of dummy use, bottle use, breastfeeding or thumb sucking impacted the presence or severity of this common speech disorder.

Lead author Dr Elise Baker said while dummy (or pacifier) use is a controversial topic, the study suggests they are not associated with the majority of speech problems in children.

“There is a misconception that dummies impact children’s opportunities to learn or practise speech, however our study shows no connection between dummy use in the early years and the presence or severity of the most common type of childhood speech problem,” said speech pathologist Dr Baker from the University of Sydney’s Faculty of Health Sciences.

“The findings suggest that for the majority of children with speech delay, the problem is not to do with the mouth, but rather associated with how children learn the sound system of language.”

Dr Baker admits dummies are contentious, with research suggesting both pros and cons to their use.“Dummies may have benefits such as helping premature babies develop sucking skills, reducing pain during medical procedures, reduced risk of developing allergies and possibly even reduce SIDS risk.”

“On the flip side they have also been associated with gastrointestinal infections, more ear infections, incorrect bite, bowel obstruction and reduced breast-feeding duration among other issues.”

For this study, parents were asked to complete a questionnaire detailing their child’s sucking habits and researchers directly assessed the children’s speech to allow a comparison between those with and without phonological impairment.

Phonological impairment occurs when a child has difficulty with learning how to use speech sounds correctly and in the right context. A child with this disorder might use ‘s’ correctly at the end of a word like ‘bus’ but when faced with words starting with two consonants they might say ‘poon’ for ‘spoon’ and ‘tar’ for ‘star’.

The results of the study showed:

79.9% of children had been breastfed (with 1 in 3 of these children breastfeed for more than 12 months);

83.9% percent had used a bottle (with 3 in 4 of these children using a dummy/pacifier for more than 12 months)

No significant association was found between nutritive or non-nutritive sucking habits and the presence or severity of phonological impairment.

Co-author Dr Sarah Masso said the study doesn’t discount other health and developmental impacts of the prolonged use of a pacifier, dummy or other sucking aid.

“Furthermore while we have ruled out a link with the most common form of speech disorder, more research is needed to determine if there is any relationship with less common problems such as a lisp,” said Dr Masso from the Faculty of Health Sciences.

How common are speech problems in children?

A recent Australian study identified 3.4 percent of children as having a speech sound disorder at four years of age.

The Australian Bureau of Statistics records approximately 340,000 four and five-years-olds attending a preschool program in 2017. The researchers estimate that around 11,560 of these children would have a speech disorder, with 10,404 likely having the most common type; phonological impairment.

“Without early treatment speech problems have been linked to difficulties with reading and writing, anxiety and mental health problems,” said Dr Masso.

When should parents seek help?

Research shows one in four parents of Australian children are concerned about their four to five-year-old child’s speech but the majority do not act on their concerns.

“Parents should be concerned when an 18-month-old isn’t starting to communicate and use words, or when a two-year-old has less than 50 words and is not putting two words together,” said Dr Baker.

“If a child is four and their speech is still difficult to understand I would certainly suggest parents seek help from a qualified speech pathologist.”