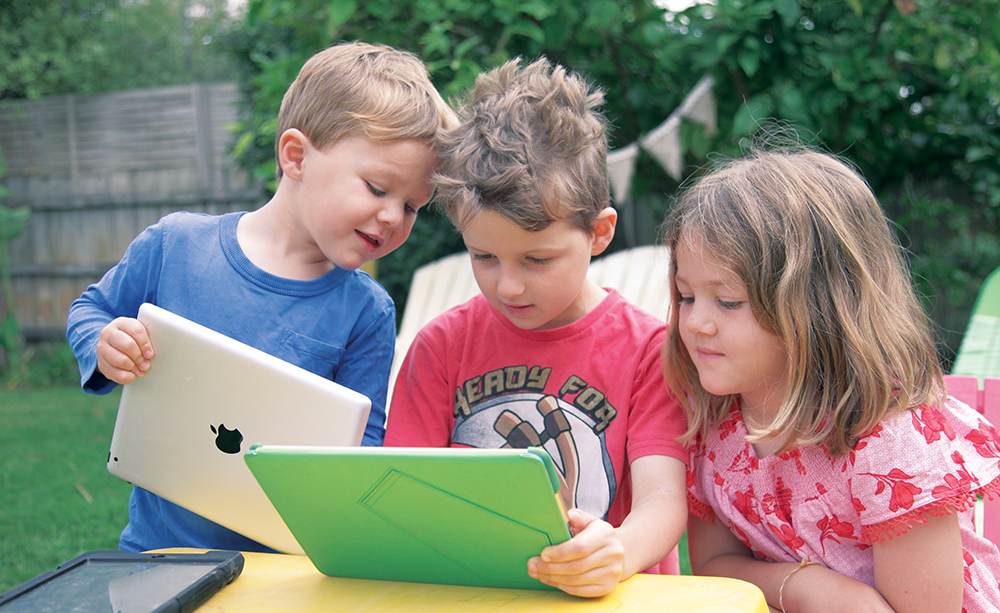 Help your kids learn to code!

Do you ever worry when your children are zombie-like in front of the TV, mobile phone or tablet?

This seems to be a concern for many modern parents as digital screens are literally all around us. Now, I’ll admit upfront that I’m not against kids using screens but lately I’ve been realising that we have become a family of tech consumers. And I want my kids to be tech controllers. Imagine if our children learned that they can do more than just absorb what is playing on a screen. Instead, they can create it.

I decided to explore this with my kids using a completely free app called ScratchJr.

That was the sound I made when I thought about having to teach my kids about computer programming. I had no idea what coding was and only vaguely remember the early ’90’s when I knew how to type C:\>RUN.EXE into DOS to be able to play Duke Nukem. Computer code now surrounds us. We need it to start our modern cars, to play a song on Spotify and to “tap n’ go” with our credit cards. There are few areas of our lives that aren’t touched by programming these days.

Creating codes for these high-end uses is complicated and requires a lot of knowledge and training.

Yet, at its simplest, coding or programming is just making a recipe for a machine to follow.

Enter ScratchJr: a free-to-download and use app for mobile devices such as iPads and tablets that allows children to easily create “their own interactive stories and games”. It has been created through a collaboration between Tufts University, MIT and the Playful Invention Company with the intention of empowering kids who are 5-7 years to become the storytellers and technology controllers.

ScratchJr uses an image-based interface to allow young children, who may not yet be able to read, to take control and create their own game or animation. All they have to do is tap and drag. It is so easy to understand that even us oldies can work it out!

Kids start by choosing a background image and some fun characters from a colourful cartoon library. Then the programming begins. Each command is depicted by a large colourful block that can be dragged into the ‘programming area’ (otherwise known as the big blank space) and jigsaw-pieced together with other blocks to create a recipe (otherwise known as a programme).

Yellow blocks are ‘triggers’ that start the animation. Blue blocks are for ‘motion’ and tell the characters how and where to move. Pink blocks change the ‘look’ of a character by making it bigger or smaller, appear or disappear, or even adding a speech bubble.

Green blocks let you add sound. Yellow blocks ‘control’ the other commands and red blocks tell the programme what to do at the end. Work out what you want your character to do and then choose blocks that create the command programme. If it doesn’t work the first time, move a block out and put another one in.

It really is that simple.

I’ve now started a weekly afternoon ScratchJr session for my sons and their friends, ranging from 4 to 8-year olds. Everyone brings along a tablet or iPad and we spend 45 minutes creating kid-driven content. What makes this so easy for me is the amount of great lessons and teaching aids available online. The ScratchJr website has 9 walkthrough lessons that introduce all of the actions that you can command in the app; these are very achievable and allow the kids to get to know what each block can do.

There are also some lesson groups aimed at schools and some assessments, all of which can be used at home.

When you’ve exhausted the official content, just type “ScratchJr lessons” into Google search and discover lots of ideas and plans created by other users and teachers. There are also books of ScratchJr projects that you may be able to borrow from your local library.

By helping our children begin to create little animated stories we help them take the first step on an important journey that can open up a world of opportunities for their future; for them to understand that they have the power to be in control of their technology.

David Hawkins is a Peninsula-based stay-at-home-dad who realised that he needed to improve his Dadding. So he set himself the simple task of being an Awesome Dad. He now challenges all dads to be awesome dads, by doing something  out-of-the ordinary with their kids.