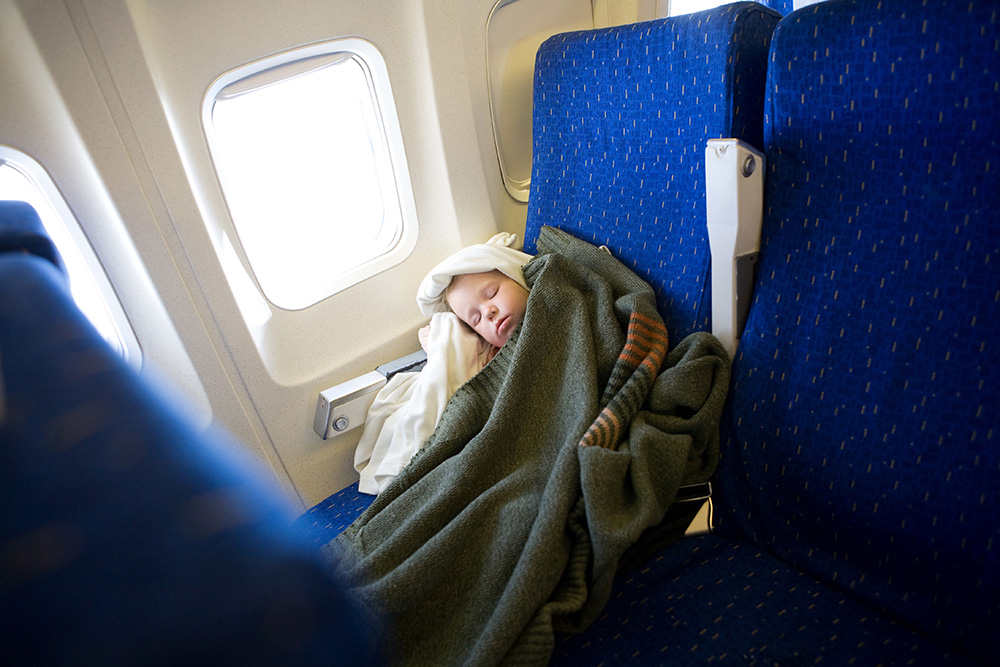 Drugging your kids on a flight: which side of the line do you fall?

Today I woke up to a burning question in my inbox. I scanned over the question silently hoping they wouldn’t ask me to weigh in on the debate. Friends ask me in hushed tones, acquaintances tell me how they did it in “their day”. So what’s the one thing parents want to know about travelling with kids but are too afraid to ask?

Should you drug your kids for a long haul flight.

There I said it. It’s the taboo topic that no one wants to talk about but everyone wants to know the answer. A recent article in the Sydney Morning Herald states that 1 in 5 Aussie families admit to using sedative drugs on road trip. Holy moly. 1 in 5.

We’ve all been there, mid flight, bleary eyed, vomit covered being held ransom by our tiny monster humans. The last flight I took with the kids I spent brainstorming how we could do it better, what options were available to us and of course using sedative medication did come to mind.

There have been plenty of articles in the past in support of sedating your kids but equally as many articles written warning of the dangers and offering tips to avoid the need. Having just come off some horror flights with the kids I can totally see it from both angles.

So where do you sit? Have you sedated your kids for a long haul flight?

PLEASE NOTE: Phenergan should not be used on children aged under two, due to its potential for “fatal respiratory depression”, consumer guidelines say.

I would NEVER sedate them! Never! Mine travel really well. They are easy to entertain and don’t make a fuss. They know what flying is about: Sitting in a seat, buckled up for hours. And the positive: no limited TV / Game time! That’s what they look forward to. When they were younger it was more work for me, drawing and reading. But in any case I would not do it. I would not sedate myself so why should I do it with the kids? What if you need to be able to react fairly quickly and your kids are sedated?

If you don’t sedate them, they also learn to deal with it. It might be a huge effort for you but the more you travel the easier it might get. But if they are ‘knocked out’, how should they learn that there is just no way but give in and make the best of it?

I’m on the non sedation side. Our kids have been flying for years (short haul though) but also 9 hour drives as well. They have also done two short haul flights (domestic & International) and a 3.5 hour car drive all in one day. We just prepare with lots of healthy snack food, games and colouring-in and combined with in-flight entertainment it’s enough. I do have surprise toys and games that haven’t been played before and are only brought out on the plane. K-mart do loads of sticky crafty things and colouring in masks etc. which keeps them busy for hours. Having said that our kids are also used to coming to nice restaurants as well so they know the drill. We have once paid for a higher seat class to ensure extra leg room (kids sat behind the bulkheads) and the middle seat was left empty. This was amazing and definitely something I’d consider for long haul but I wouldn’t bother again for short haul.

All that said and done we have had a flight where our 10 month old at the time screamed for about 2.5 out of the 3 hours. The worst part was feeling so embarrassed. But hey it was a one off.

I did when my children were three and five on a 15 hour flight to the USA. I gave it to them before we boarded and then the plane had a fault. Ended up with a six hour delay in Sydney airport and two boys sleeping on floor. We could have gone sightseeing and wore them out! I’ve learnt to wait till we are up in the air. It’s not easy flying 15 hours with three young boys. I’ve never used it on road trips; It’s easy enough to stop and let them run around.

We never sedated our son, he’s travelled almost since birth and now travels (reasonably) well. I can see it from both sides too, just not something I’d feel comfortable about doing!

Kelly Mcleod has been blogging about the ups and downs of travel with little people since 2013 over at My Little Adventures. Read more: www.mylittleadventures.com.au

With two boys in tow, Kelly has a passion for travel and particularly making everlasting memories as a family.