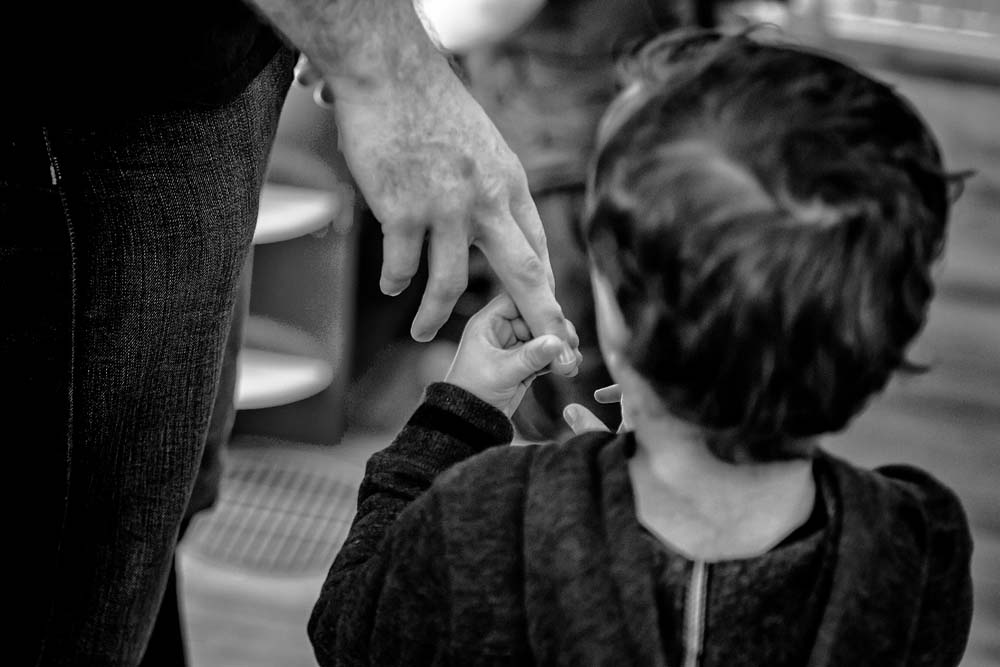 Ben Merrett-Troup loves his fitness. He is a personal trainer and martial arts teacher in his spare time, and enjoys working out at the gym. But there’s more to this peninsula man than meets the eye. He is a stay-at-home dad, one of an ever growing group of dads who choose to look after the kids full time while mum goes to work. He is also founder of a peer support group for other stay-at-home dads called www.dadsgroup.org.

Peninsula Kids visits Ben and his two children at home to find out, first hand, what life is like for this “Mr Mum”.

“When our second child was six months old I made the decision to be a stay-at-home dad. I had always loved hanging out with the kids and taking care of them so it was a natural progression to look after them full time while my wife went to work outside the home,” said Ben, dad of three year old Hudson and two year old Leo. “My wife and I decided that it would be ideal if one of us was there to look after them, cook and clean. I started off with three days and then gradually it became full time and I love every moment. 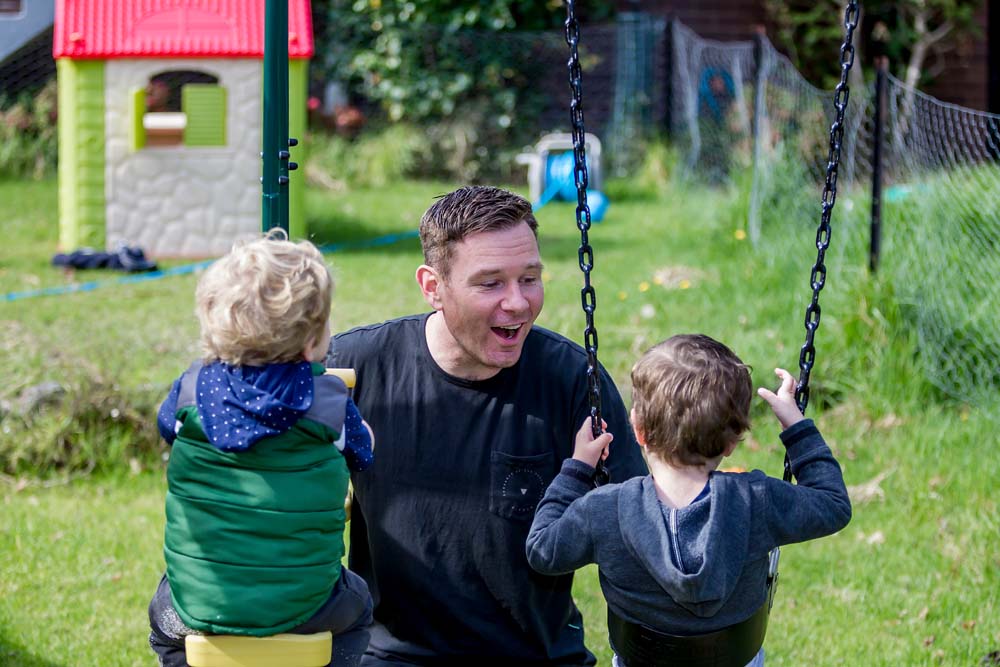 Of course there are challenges, as with anybody, but it is definitely working for us.”

For Ben, being a nurturer came very easily as his father was always involved with him as a child.

“I guess I get it from my dad who was involved with us when I was young and very hands on with the nurturing,” says Ben, as he juggles like any typical parent, cutting up apple and putting shoes on while the children climb all over him. “I think it’s important for dads to be active in their children’s lives. Everybody has a good story about teaching their son to shave or taking them fishing, and looking after them at home is just an extension of that. There’s a definite place for men as nurturers and my dad absolutely passed that on to me.”

Having been the stay-at-home parent for the past 18 months, Ben says he took on the role very enthusiastically at the start. 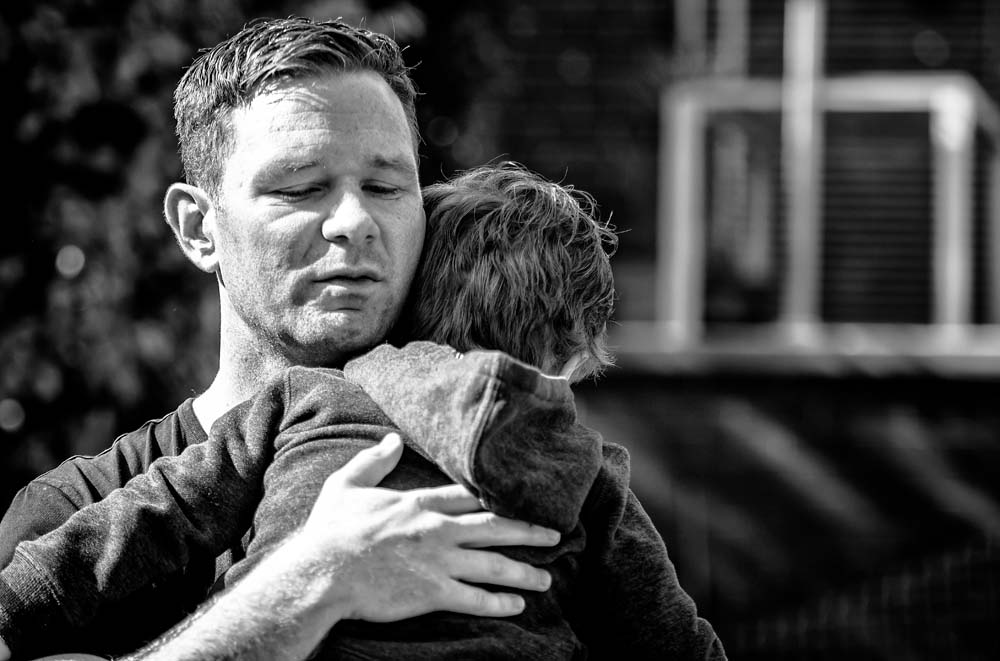 “I was rapt to be able to have the opportunity to look after our children full time and to support my wife in that way. It was never something I thought I would end up doing but I really enjoy it,” said Ben, who admits the start was ‘fake it till you make it’. “You just learn every day what to do by trial and error. I used a lot of resources as well as I had a 6-month-old and 2-year-old when I took on the role. I coped pretty well most of the time but there were times when I struggled and had to utilise the support networks. That’s why I started the Frankston Dad’s Support Group and the Victorian Stay at Home Dads group to offer support, talk to other dads about what they’re going through, and connect up. We can also offer access to other organisations to help if dads are having a hard time.”

Ben started the Dads of Frankston group a few months ago, with its links to the Dads Group Incorporated Victoria.

“I started this for all dads, not just the stay-at-home guys. It’s great to get together and have a support network for any father. We have access to plenty of resources to help and enjoy meeting up to talk about issues, whether child related or not. Sometimes we talk about footy and sometimes we compare our prams,” he says with a laugh. “My pram is brilliant and I told them all about taking it on a pram friendly track the other day with the kids while I went for a jog. The ranger told me the pram wouldn’t make it along that track, but it did! That same ranger saw me running out of the bushes an hour later with everyone intact. That’s the kind of stuff we do sometimes.” 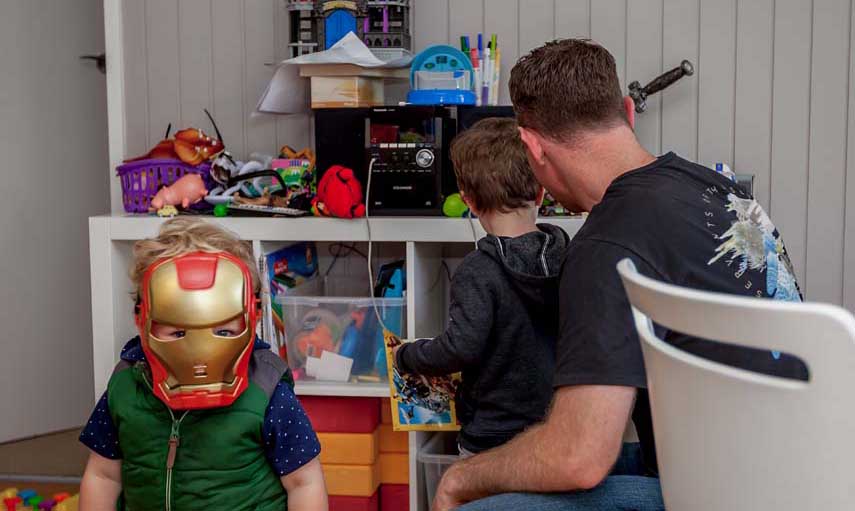 For Ben, the thing he loves most about being a stay-at-home dad is the connection he has with his kids.

“We have such a great time. The other day my son and I were driving along and he said “I want to go to the dojo dad” and I said, “I want to go there too bud”, so we called in. I teach there. I lift some weights and teach him some moves and it’s the best time,” said Ben, whose average day consists of the usual family rituals.

“I get up and think about what we need to do for the day, get my wife off to work, do a few chores, prep for dinner, and try and make some healthy meals which is easier said than done,“ he says with a laugh. “What they want and what I want them to eat are two different things. I then try and plan something for the kids, go down to the park, feed the ducks, Hudson gets upset if we drive past and don’t go there.” 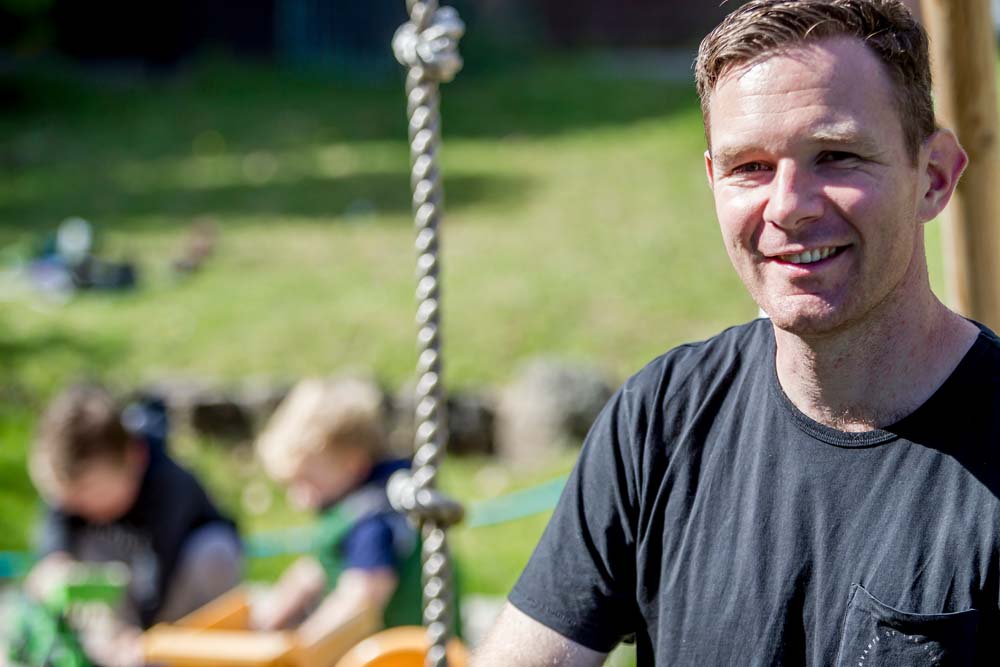 For Ben and the boys, the day of our interview is a home day so lots of housework to do.

“Today we wash the sheets and do the towels and housework. Tomorrow we go to kinder gym, and at the moment I am doing some baking with the kids. Leo has to have a nap so it’s important to keep him to the schedule. Then I get to have time with Hudson one on one.”

When Ben needs a break, it’s off to teach martial arts in Mornington or a session at the gym. In the meantime this modern day Mr Mum is very content with his home life and proof that stay at home dad life rocks.