Mt Martha siblings are on a roll 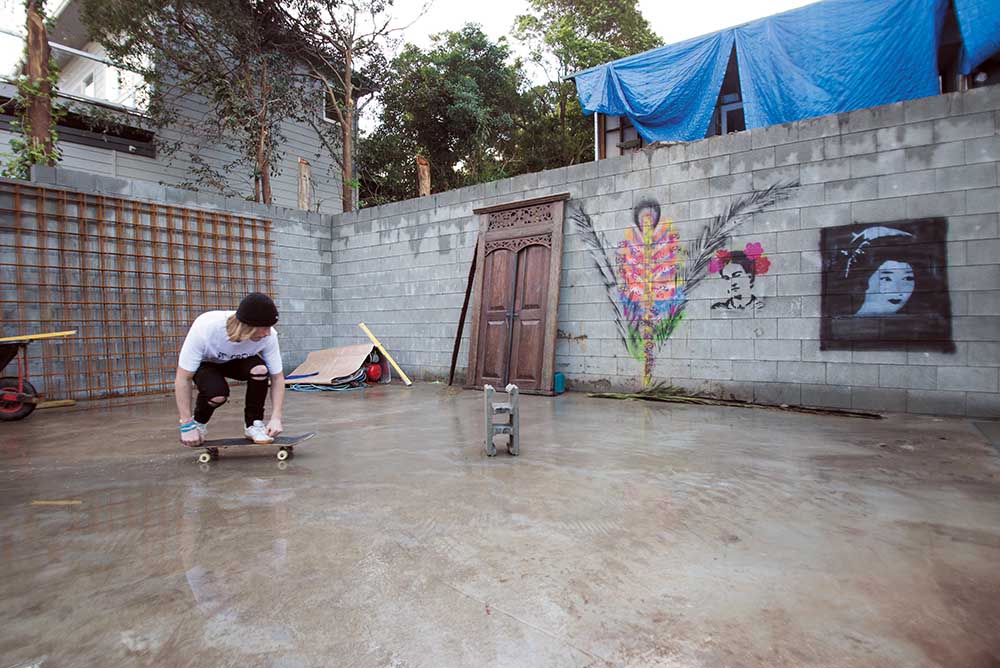 Brother and sister duo Felix and Ruby Stone might only be teenagers, but they have their sights set on forging a business in the booming skateboard industry.

Growing up on the Peninsula, they started surfing from an early age and skateboarding soon followed.

Skateboarding is a sport experiencing a rapid surge in popularity. In Australia since 2005, two skate parks a week have been built.

Their business, MP CREW, teaches young wannabee skaters how to skateboard. They start with the fundamentals and advance to harder tricks.

Group and private lessons are available for students of all ages at most Peninsula skate parks. Classes are designed for beginners, intermediate and advanced and are held after school and on weekends. They also run school holiday programs.

Classes are fun and easy to understand. All techniques learned are a key element in giving kids confidence to be able to skate at local skate parks.

Did you know?  Alan “Ollie” Gelfand is credited for inventing the rolling Ollie in 1977 as a trick done in pools, and later Rodney Mullen the flatland Ollie in freestyle skating in 1981. Danny Wainwright from England holds the official record for the highest ollie at 44.5 inches, but video footage of a skateboarder named Jose Marabotto from Peru shows Jose ollying a stack of skateboards. Many think that the stack should be over 50 inches, but as the trick is only in a video, it’s hard to tell and unofficial. Like most things in skateboarding!

Felix says: “Skate parks can be intimidating places for new skaters but they are built for everyone to use and are a great place to make new friends and learn new skills.

“Besides the physical rewards gained from skateboarding, it also teaches kids to set goals and overcome fears. Skaters are constantly striving to improve their skills and conquer new challenges.”

Ruby says that she became interested in the skating scene because it was a natural progression from surfboard to skateboard.

“I guess I thought that when I can’t surf, I’ll skate, plus I am naturally competitive and if Felix can do it then so can I,” she says.

“I would love to see more girls get into the sport – a lot of girls feel intimidated going to a predominately male skate park.

“So by learning with other girls at MP Crew they will see it is a great place that is non-threatening, where they meet new friends and build their confidence.”

The MP Crew consists of Felix and Ruby Stone and Bailey Westerly, all Mount Martha locals.

As published in Peninsula Kids – Spring 2016