Parent shaming – in all its forms and shapes 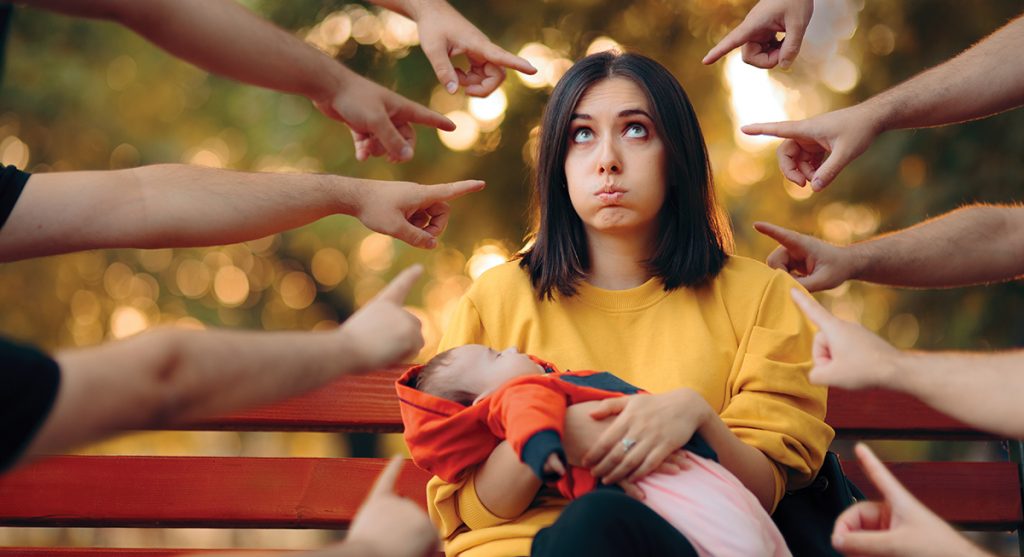 In an increasingly online world, we now have more places and freedoms to shame others’ parenting techniques and behaviours, with the tap of just a few keys. According to the research, a staggering 77% of parents believe that online forums provide a platform for easy parent-shaming. So, it’s no wonder that almost one in five mums (19%) admit they’ve experienced someone making comments on social media. It’s a problem we see all too often, even on Huggies own social channels, and want to call time on this unwelcome behaviour.

Snezana Wood, Huggies ambassador and celebrity mum, says: “As a mum in the public eye, I am exposed to the realities of parent-shaming, being judged online for the way I parent my girls. In an amazing, yet vulnerable stage of life, parent-shaming can so easily make you question your own parenting skills and create doubt within the choices you make for your kids. I’m so excited to be working with Huggies as they strive to bring attention to the issue of parent-shaming and instead celebrate all parents, creating a supportive community to allow parents to be comfortable in their own choices.”

More than half of parents (52%) felt like they were shamed by someone questioning or criticising decisions they’ve made, half experienced someone making a negative remark about their parenting choices and over a third (38%) have been told directly that what they were doing was wrong. Surprisingly, sometimes all it takes is a strange look from a stranger, with a third (33%) admitting they felt like they’re being shamed by someone who was giving them strange looks in response to their parent choices.

The research also reveals what Aussie parents feel that they’ve been shamed for with almost one in two believing it was their approach to discipline (44%) and their child’s behaviour (43%), and over a third (34%) felt like they are being criticised for allowing their children to spend too much time in front of a screen. It also appears that Aussies are criticising working parents, with almost a third (29%) admitting they’ve felt shame about it.

New parents amongst the most shamed

The first few years of bringing up a child is a stressful and difficult time, filled with questions and many decisions. Unfortunately, according to the research, first time parents who experience shame suffer more frequently with half saying they feel it at least once a month (57%). Surprisingly, the criticisms faced by parents of babies aged 0-2 years are also experienced at least monthly (61%) and often come from those who are supposed to be helping and supporting, such as their relatives (37%), showing we need to look after new parents more.

Walking the fine line between healthy advice and shaming

Despite the extent of shaming, Aussies who admit to doing so appear to have good intentions: almost half (42%) wanted to share their own experience to be helpful, one in five (19%) believed that others can benefit from their advice and 14% felt that they’re responsible to help new parents. So with good intent and thinking before we speak, let’s make a stand on parent-shaming by faming not shaming.

Head to the Huggies “Be Comfortable In Your Skin” website to read more:
www.huggies.com.au/comfortable-in-your-skin

1. Be the change you want to see – choose to be supportive, compassionate and non-judgmental with all parents, including your partner, and yourself… in person, on-line, and with strangers

2. Normalise the highs and lows of parenting – acknowledge that since the dawn of time every parent has struggled, however at their very core, every parent wants the best for his or her children

3. Focus on what’s working well – criticism hurts more than praise feels good so make an effort to celebrate parenting triumphs, no matter how small, rather than shine the light on what hasn’t gone to plan

4. Laugh – laughter feels good because we release endorphins which increases the wellbeing of parents and children; humour is contagious also helps us feel connected and safe

5. Speak up – you can be sure that if you’re feeling self-doubt, unsure, or like you’re navigating parenting without a compass, others are too. Sharing the load can help alleviate stress, garner support and new ideas, or just validate that we aren’t alone

6. Seek help – if the challenges of parenting feel overwhelming or are impacting your mental health, reach out to your GP or a psychologist for assistance and support

7. Share gratitude – express your appreciation to others for the help, love, guidance and small acts of kindness that they have shared in your parenting journey

8. Debunk myths and unhelpful expectations – go in search of a perfect parent, not the airbrushed kind in social feeds, but the real kind! Now keep hunting…because there’s no such things as a perfect parent

9. Be realistic – healthy parenting equates with the small, daily and sometimes seemingly insignificant moments of love, connection, empathy and simply being present, not trips to Disneyland, flamboyant birthday parties, or smiles in social feeds

10. High five your parents – finally now you’re a parent you have some idea of the challenges, joy, sacrifices, confusion, guilt and love your parents have experienced in their parenting journey, so if possible, why not let them know you recognise that!