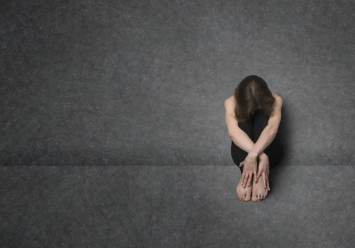 Nearly two years later, I somehow stumbled on a group called ‘Bears of Hope’. I looked at their web site, and discovered that maybe it was ok to still be feeling this way. It talked about the effect losing a baby, at any gestation, can have on a person, and how it can affect the rest of their lives. All of the sudden, it occurred to me that maybe I wasn’t alone. Maybe it was, dare I say it, normal to be feeling this way. I tentatively joined an online forum, and shared my story, for the first time ever, in it’s entirety. And my life changed for ever.

All of these beautiful women, beautiful mothers, wrote back to me. They told me how sorry they were about my twins. How I was a mother, even though I had no children here on earth. That I had become a mother the moment I found out I was pregnant and started having hopes and dreams for my baby. They validated all the hurt and grief I had been feeling for the past two years. and finally, after so long of bottling up all the emotion I had been suppressing, I allowed myself to grieve the two little lives I had never gotten the chance to know. And in turn, I began to heal.

The lovely mothers in Bears of Hope asked me what I had named the twins. Nobody had ever asked me that before, their names were something I had never shared. I had named them Ava and Ella. Ava was the name we had chosen for a girl, and since I had been told they were identical twins, my feeling was that they were two girls. Ava and Ella, my daughters.

As the second anniversary approached, I decided that I wanted to honour them, commemorate, not commiserate. I decided to get a tattoo, to once again make the twins a part of me, forever. I got a ‘twin’ symbol with angel wings.

Of course, people asked me about it, and for the first time, I was able to talk about what happened. To say “this is in memory of my twins, who I lost”. They existed, outside of my own head and heart. I began to look for other ways to honour them. I got their names written in the sand. I wrote poetry for them. I acknowledged them. On the third anniversary, my beautiful partner took me away to the beach for the weekend, (at 30 weeks pregnant!) and we lit a candle for them, and found a beautiful secluded beach, where I wrote their names.

A small, silly way that I acknowledge them, every day, is by only ever ‘signing off’ with two ‘kisses’, ‘xx’ , to symbolise my two angels.

I still cry for them, miss them, think about the ‘what ifs’. I will never stop loving them, missing them, wondering why.  But I allow myself to do that now. I allow myself to grieve for them. I know there are people who don’t understand. Who think I should just get over it, that it was a ‘miscarriage’, that I don’t have a right to grieve for them, as I didn’t even ‘know’ them. I admit, I still worry, writing these posts, that people will judge me, will think it’s ridiculous to feel such loss. But I am the only one who knows what they meant to me. I am the only one who felt that connection with them, who had hopes and dreams for them. I know the ache and the emptiness I felt when they were gone. So in the end, it doesn’t really matter what anyone else thinks. They are in my heart forever, and no one can take that away from me.

My name is Jane, and I write about my life, and my journey from dysfunction; to being a wife, mother and woman I can be proud of. Completely undomesticated, flying blind as a stay at home mother to a gorgeous but high maintenance daughter, living with autism spectrum disorder. You can find my blog, Almost Jane – The Hesitant Housewife at Almost Jane – The Hesitant Housewife, and follow me on Twitter here.