To hit or to be hit? 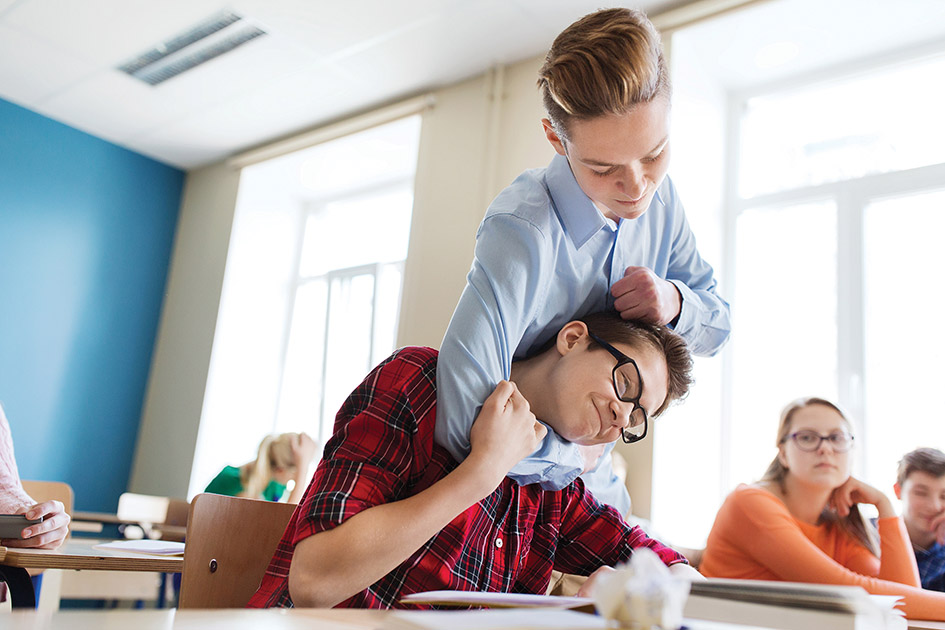 I love a kid with spirit, a kid with guts, one who isn’t afraid to stand up for what’s right. My son is gutsy, knows what’s right and wrong, and VERY often pushes me a little too far with his strength of character. He is loud, brave, a little punchy, energetic, and will always, without fail, step in if he thinks someone is being wronged.

Sometimes however, his protective nature gets the better of him and he takes it too far.

We’ve all been in that nightmare situation, where you turn up to collect your child and you’re told that today your baby has hit someone. Your heart sinks. You’re shocked that your little darling would ever do such a thing; even though you know as well as everyone else that they’re all capable of it.

I remember picking up my son when he was about two and being told he had pinched someone. Was my heart breaking because I was upset that my child would hurt someone else on purpose, or was I sad for the other mother who had been told her precious child was going home with an injury?

Then my sweet, rather anxious daughter, came home from school last week with a bruise the size and shape of a ten-year-old boys fist.

Shocked, upset, concerned? No, livid, enraged, sweaty… How could this happen? At this age?! I spent Friday night drinking wine, mulling it over and getting more and more cross. Saturday morning arrived, I was regretting the wine, and also regretting how horribly I had handled my emotions.

Thinking about a boy hitting a girl was pretty shocking to me, as sexist as that sounds. My daughter comes home injured, upset, frightened, and I somehow feel the same. Why was she not safe at school? Why didn’t this get stopped before it escalated? Why would a boy attack a girl? I had so many questions, and just like my son, I was ready to pounce, like a lioness protecting her cubs.

Then, I got to thinking about how I would have felt if this was the other way around? How would I react if I had a phone call to say my son had punched someone so hard they had to go and have an x-ray?

Honestly, I think that feeling would far outweigh my frenzied lioness feelings. To learn that your child has shown such aggression toward another student has to be heart-breaking to say the least.

When we send our children out into world, we hope that we have taught them enough to cope in certain situations; how to stand up for themselves in the right way. What we fail to remember is that sometimes they will forget these rules: they’ll lash out, forget to wash their hands or say “Please may I”.

This isn’t a reflection on the school, nor is it a reflection on our parenting. Sometimes kids just get it wrong, very wrong. I’ve done my best to teach my children the difference between right and wrong, yet still they hurt each other, shout, and throw tantrums. I couldn’t tell you I’m 100% sure my son would never lash out and hit a girl. Just in the way you couldn’t either.

I don’t condone violent behaviour, but I am willing to stand up for those mothers who try their best, and are still made to feel like they haven’t done enough by the way their children mistakenly react to situations – the mothers who have tried to teach their children to stand up for themselves in a scary world, without being the bad kid. How can we get the balance right? We don’t want to see them hurt, just as much as we don’t want them to be the bad guy.

So, whether your child is the hitter or has been hit is irrelevant.

What’s most important is that they have learnt a valuable lesson. School is there to help them understand that neither life nor people are perfect. It teaches them that people forget themselves in situations and they get reprimanded for that; that’s how they learn.

Let’s not make everything so black and white. Let’s not blame each other. Let’s show our children that we can look at things from all angles, and maybe this will help them grow up to be even more compassionate, more understanding and more respectful adults.

If you or someone you know is being bullied please use this resource for more information: www.bullyingnoway.gov.au

Olivia is a thirty something British mum of two, living in Melbourne. Having grown up with a father in the army and being moved all over the world, she is a lifelong ‘expat’, and thoroughly enjoys the adventures that come with a fairly nomadic life overseas. Follow her adventures as a ‘modern day parent, far from home’, and share her family’s exploration of Australia at www.thewilsonsofoz.com on Instagram @the_wilsons_of_oz and on Facebook @thewilsonsofoz

As published in Peninsula Kids – Spring 2017