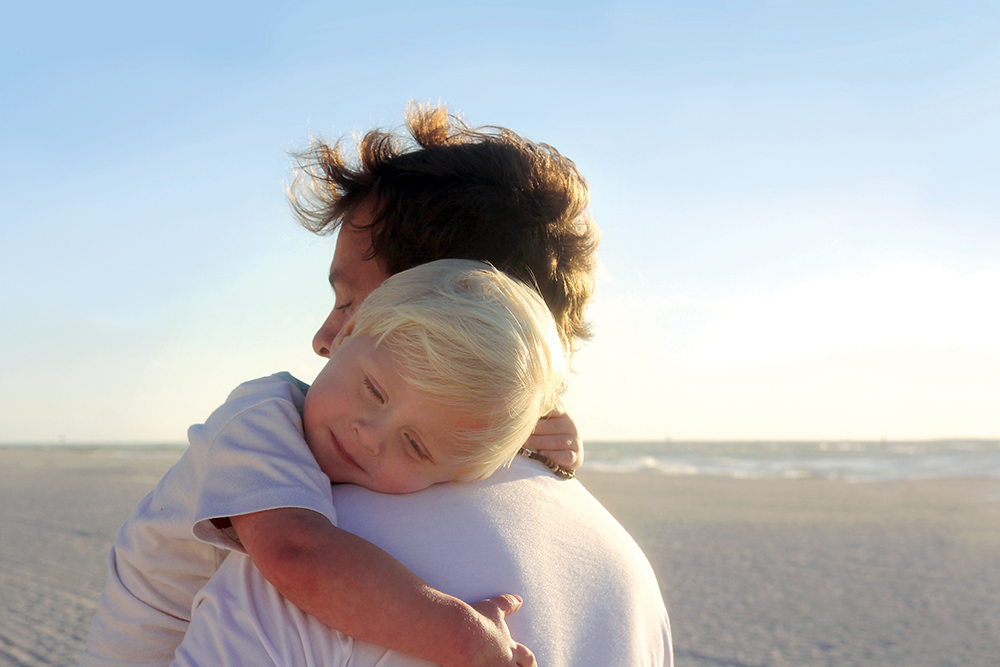 Being a father has been an adventure. Eight years ago, my wife and I decided to have a child. Like most parents, this has been a huge learning experience for us. I remember the first moments with our newborn son in the delivery room, the routine checkup, the first bath, and my difficulty dressing that tiny new being in my arms. The thrill of introducing him to his mother for his first breastfeeding.

The news that rattled us

While still in the hospital we received the news that our son had a mucus-protein deficiency in the cells. This meant that he was ordinarily okay; however, if he ever became ill, he could not take regular medication. It then became very clear that we had a problem; how could we take care of our son alone without doctor’s support?

In this society, we have been taught to look for everything outside ourselves. We should seek everything from a ready-made recipe, be it a way to educate, or a way to care for someone. Like most new parents, it was about how to care for our child, with a form and structure of how to do it.

Fifteen days after his birth, my son had his first fever. That was frightening. We responded by giving him a bath and keeping track of his temperature. Someone advised us to see an oriental medicine doctor. So, we made a decision and took our little baby to a doctor who was also trained in Eastern medicine.

I remember when I went to visit this doctor, and he greeted us with a smile and told us, “Be grateful for him; you have received a beautiful gift”. We had not yet understood what the doctor was talking about, as we could only see the impossibility of treatment by regular medicine as a problem. Everything began to clear in our minds when the doctor said that if we developed the ability to receive our child as a gift, everything would become easier.

He also said that our son was useful to nature, because he was alive and if he was not so, he would die, and this applies to everyone. The doctor also pointed out that we had to consider that everything that happens to a child during the day can get worse at night, and, also at night the doctors would be sleeping, so we would need to learn how to help him ourselves.

His advice that we would have to learn something more than general western knowledge about how to deal with a child made complete sense to us. Later on, research studies of oriental medicine came about, such as techniques for health treatments using massage, acupuncture, herbs, etc. We discovered other alternative techniques like biological body reading from embryonic tissues, body bioenergy and biomagnetism. We studied further, and trained ourselves differently from the traditional western perspective of medicine, and transformed the way we approach illness, health and healing.

When my son was three, we were playing with him outside the house and we learned a great lesson from him. I had a sudden headache and an upset stomach; he came over and ran his hand over my head, and told me to calm down and that the pain would go away. He told me my pain, “likes agitation.” I looked at him with great surprise, I calmed myself as he instructed, and the pain disappeared. I observed from my son, that he was always calm, and never restless. We realised that he was never sick; he was always in good health. We came to understand that we could not heal those who were already healed. We realised that we could empower our child to realise which choices could contribute to his life, rather than controlling his diet, his clothing, and his playing.

What did we learn from him?

That life is made of choices, and that our choices create peace or restlessness, lightness or heaviness in our body; and on top of this, that in life, there is no problem, no disease, but rather, a fixed point of view supporting it. He taught us that we do not need to seek anything outside ourselves, but instead, calm down and realise what is required from each moment.

We need to realise that there are many ways to assist our bodies and minds in a healing way that we often are not aware of. Upon realising this, we may even resort to something outside of ourselves, but to empower our body to balance and function as it was biologically designed to be.

Marcio Dias Lopes is a lawyer, bio-medic, and a professor at Pontificia Universidade de São Paulo, where he also gained his PhD and Masters in Social Relations. He is also a professor of Chinese Medicine and has held many positions in the area of integrative and complementary practices in the area of health and social wellbeing. As a facilitator of Right Voice For You, a specialty program of Access Consciousness, Marcio encourages others to step onto the stage of their life by embracing all their differences and different experiences, and use it to your advantage! www.marciodiaslopes.com.br