What I’ve learnt living with a bipolar mum 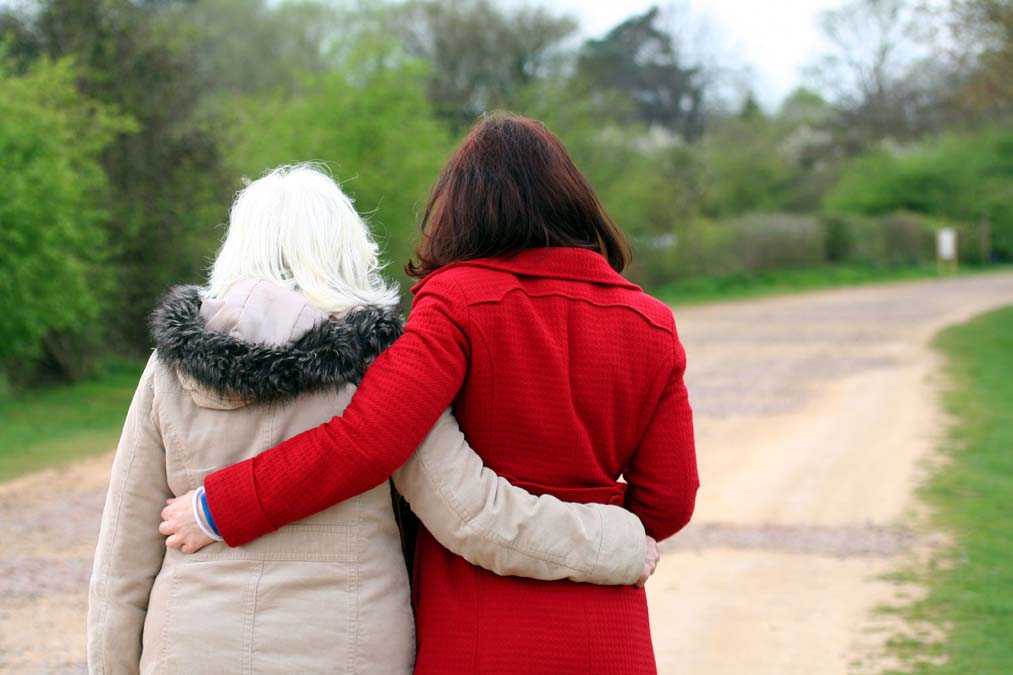 I grew up in the United States with my mum, who was a single parent. We lived on food stamps and when things were good, they were great. However, my mum suffered from bipolar disorder. When she stopped taking her medication she would become very unwell, with severe paranoia, anger and mania setting in. My earliest memory of her condition was when I was five years old. I was in a foster home at the time and I remember being picked up by a social worker and going to visit mum in a psychiatric unit at a mental health institution. I saw others there who were really sick, and found their behaviour distressing and unfamiliar; but I didn’t really understand why my mum was there, or why she wasn’t living with me at home.

Not a ‘normal’ mum

Bipolar disorder is associated with severe mood swings, ranging from depressive lows to manic highs. My mum would be tracking along OK, and then would go off her medication. It took about three days off her medication, before she would become a person I didn’t know. I would be sitting in the living room watching cartoons, and she would come into the room yelling and beating me up, to the point the neighbours would call the police.

Another time, when I was still in kindergarten, she left our home naked and walked quite a distance before the police arrested her. She was really unwell at the time, but the kids at school heard about it and made fun of her. I would end up fighting lots in the playground defending her and spent a lot of time going in and out of detention. Because I didn’t really understand her condition, I simply thought I was in trouble a lot, and I was the reason I kept ending up in foster homes.

I thought this was all pretty normal until I was eight years old. Then, I wished so badly for my mum to be like the other mums at school.

I could see how much she fought for me, how she always tried to get better and how she struggled. We didn’t have an extended family support network. I was the only person that she had, so I felt all her love and her pain. I learned how to look after her and myself when need be, but it took its toll.

Life in a foster home

At first, the foster homes were fun. It felt like I was on a perpetual sleepover, making new friends and going on a bit of a holiday.

Going to different schools made me outgoing and I learned how to become a people person. Then, when I was five, the sexual abuse started. This trauma stayed with me for a long time. As I grew older, it got harder. Seeing my mum dragged away broke my heart. I had a lot of anger towards the system – the police, the social workers, the nurses at the institution and the doctors who experimented with mum’s medication. I felt abandoned, helpless and incredibly sad, which manifested on the outside as a defensive, tough kid who could fight her way out of troubles.

The effects of a life dragged up

Being in and out of different homes with no stability meant I lashed out a lot at others. I struggled to focus in school or take direction well in class so my grades suffered and I was always getting in to trouble for fighting. On a positive side, I was very social and made friends easily. My experiences helped me become someone who can easily build community, have compassion for others, and see the best in people that society has marginalised.

While my journey to become the person I am today is fraught with bumps in the road and, at times, total sideswipes (I broke my back at 23 in a car accident and had to learn to walk again, before being widowed at 24) I now consider my childhood and life as a young adult as my training. As a mum myself, I realise our parents are doing the best they can with what they know.

What I know now

Often, when you’re suffering from a mental illness you have limited information on what’s happening to you. You’re unaware of your triggers and why these episodes happen. As a society, we desperately need to discuss mental ill health so much more, so we can strip the stigma away and support people better. Seeking help is critical, and the only way for everyone involved to heal, whatever the modality;  whether it’s counselling and talk therapy, or yoga, meditation or coaching. I think it’s also really important to remember that mental illness can be triggered through trauma and hardship. As hard as it can be, we need to remember that it isn’t easy for the person suffering either.

Now, my mum is my best friend. I understand her and how her condition affects her. I have worked incredibly hard with professionals to shift my blame, fear and frustration from my childhood self, and embrace her for what she is – someone who didn’t have the tools to deal with the cards she was dealt. I now have two beautiful sons, and look at them and know they won’t be recipients of the intergenerational trauma that befell my mum and then me. I know better than anyone, that it’s never too late to rewrite your story.

Erika Cramer, The Queen of Confidence, is an international confidence coach and popular 5-star podcast host. After surviving many traumatic experiences, Erika is a beaming and beautiful example of how you can heal your personal story to transform trauma into triumph.  She is also the author of the new book, Confidence Feels Like Sh!t.

Find out more about Erika at www.thequeenofconfidence.com